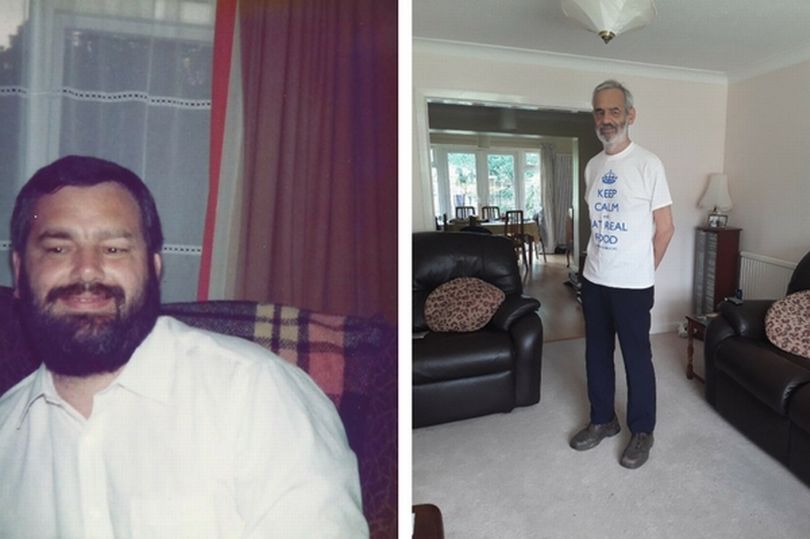 I wasn’t always obese, and I am not obese now, but I had a long struggle before I discovered how to control my weight. From my late teens to my early twenties I weighed a fairly constant 67kg and that is what I weigh now in my early seventies but in the intervening years I more than doubled that weight, reaching a peak of 140kg in my mid-thirties.

I frequently lost weight on low fat calorie-restricted diets with plenty of exercise but they all failed sooner or later, and I often regained more weight than I had lost. I saw a personal trainer at my local gym who increased my energy levels and reduced muscle and joint pains, but I didn’t lose any weight at all until I switched to low carbohydrate eating.

I was diagnosed with type 2 diabetes in my early forties and immediately resumed yo-yo dieting which reduced my weight several times but did not significantly improve my blood glucose levels; I had to take several medicines for blood glucose as well as blood pressure. My feet became numb, my eyesight worsened, my kidneys began failing and I became anaemic. I was told to accept that I would need increasing medication to manage my blood glucose and would eventually need insulin injections followed by dialysis. That shocked me into looking for alternative treatments.

I found the work of Dr Jason Fung in Canada and Dr David Unwin in the UK, who both advocated dietary lifestyle changes for the treatment and prevention of type two diabetes. Sam Feltham’s (Director of the Public Health Collaboration) self-experimentation and his book Slimology: The Relatively Simple Science Of Slimming also inspired me. I cautiously reduced the amount of carbohydrate in my diet, but the warnings from all my doctors of unspecified dangers held me back from trying very low carbohydrate diets. In addition, the ingrained fear of saturated fat stopped me from significantly increasing my consumption of fat.

Progress
Luckily for me the reduction from over 300g of carbohydrate a day to little more than 100g was enough to make a difference. My blood glucose and blood pressure fell and my doctors progressively ‘de-prescribed’ medicines, until they were all eliminated, and I was discharged from the diabetes clinic.

I joined Dr Fung’s Intensive Dietary Management clinic in 2014 and Megan Ramos’ online conferences kept me motivated. I also joined the diabetes.co.uk forum and became a member of the Public Health Collaboration.

Amazed and delighted by this initial improvement, I reduced carbohydrates further aiming for (and often achieving) less than 50g a day. I also began to enjoy liberal amounts of healthy natural fats whilst keeping to moderate amounts of protein. My blood glucose fell further and stabilised at the low end of normal and my weight also fell without really trying.

I found that my changed diet reduced the hunger and cravings that had caused my low fat diets to fail. I naturally ate less and no longer needed to set myself calorie targets. I coped with cravings by giving in to them occasionally but did not let that become a habit and with time the cravings diminished. I had taken forty years to develop bad eating habits, so it was not surprising that it took several months to establish good ones!

Support from Family and Friends
Support from my wife, Lynne, was essential in changing what we ate. She modified favourite recipes to suit our new way of eating and benefited by losing weight herself. We began intermittent fasting for sixteen hours most days and fasted for 24 hours two or three times a week. Once I had reached my target weight I reduced the number of 24-hour fasts, although I still sometimes eat only one meal a day if I am busy. We have kept this up for over five years so far. We now enjoy a wide range of fresh real foods and never get bored. We eat better quality food but spend less on it because we don’t need to eat as much. We have also become friends with our local greengrocer and traditional butcher!

Present Day
My chronic kidney disease had progressed too far to be reversed but I believe that my improved diet delayed the need for dialysis by a few years, saving the NHS a lot of money. Apart from kidney failure I am now healthier, more active and stronger than I’ve been for years and this earned me a place on the waiting list for a kidney transplant, which I received just before my 71st birthday. Perhaps my kidneys could have been saved too if I had understood much earlier that limiting carbohydrate consumption to my personal tolerance could have improved my health.

I have now met many people who too have reversed their type 2 diabetes by limiting carbohydrates to their personal tolerance. My experience is that it is effective, sustainable and safe. I always told my doctors what I was doing so they monitored my progress and reduced my medication as necessary.